What Do Wild Hedgehogs Eat?

In my experience, though, I’ve found that catching a glimpse of a hedgehog feeding is still an unexpected delight. These animals are nocturnal and travel a fair amount of distance for their size every night, venturing from garden to garden in my neighborhood.

That said, I’ve wondered specifically about what do wild hedgehogs eat — and though I have always known they were “omnivorous”, I really wanted to find out more about that. So if you’ve ever wondered the same thing, here’s what I’ve found about wild hedgehog diets.

Wild hedgehogs consist of several different species worldwide, but for our purposes, we will only discuss the diet of the European Hedgehog (ERINACEUS EUROPAEUS). Native to much of Western Europe, Scandinavia, and here in the UK, this animal lives in a variety of environments.

From deciduous woodland forests to the edges of meadows, pastures, farmland, and orchards, the European Hedgehog survives by hiding on the ground under hedges, bushes, shrubs, and dense underbrush. It eats the organisms close to the ground in these places.

What do hedgehogs eat

This hedgehog is considered omnivorous, and predominantly an insectivore — feeding mostly on earthworms, small beetles, caterpillars, millipedes, and the like. They also feed on larger insects, carrion, young birds, frogs, bird eggs, reptiles, and occasionally fruit and fungi.

This opportunistic feeding behavior has led to some adaptability among the species. It is able to survive close to human settlements, in gardens and parks in suburban and even urban areas, provided there is an abundant source of its natural foods. Let’s look at some of them.

I’ve almost never seen a hedgehog pass a chance to eat an earthworm. When hedgehogs are hibernating (in a period roughly from October to March) they feed significantly less than during the spring, winter, and early autumn.

But from April to October, hedgehogs will eat earthworms — perhaps with more reliability than anything else in their diet. This may figure, as green spaces have been found to have as many as 200 earthworms per square meter, with surface-feeding worms favoring hedges and shrubs.

As with foraging for other foods in the hedgehog’s diet, the animal will seek earthworms out during the night — this is also when these surface-feeding earthworms are said to be most active.

Hedgehogs will eat caterpillars in early spring (April and May) as well as during the early fall months (September and October). I personally haven’t seen evidence of a caterpillar species preference among hedgehogs.

That being said, I would tend to assume they would go after caterpillars from species that are commonly found outside during those months, like the Comma Butterfly (POLYGONIA C-ALBUM), and the Speckled Wood Butterfly (PARARGE AEGERIA) caterpillars, among others.

European Hedgehogs eat an estimated 160 grams of invertebrates a day. With that figure, it might be safe to say that hedgehogs eat their fair share of insect larvae — all caterpillars aside.

It turns out that hedgehogs do like to eat leatherjackets, larvae of the Crane fly (one of a number of species in the TIPULIDAE insect family). They feed on them from September to mid-October, and again in the spring in April and May.

Hedgehogs have a mostly insectivorous diet. They favor Earwigs (insects of the order DERMAPTERA) from the month of August through the month of October.

From July through October, hedgehogs will eat ground beetles and beetles from the scarab family — likely species like the green rose chafer (CETONIA AURATA). They will also eat beetles in general (from the order COLEOPTERA) from mid-April to the start of June.

In addition to this, wild hedgehogs have been known to eat various species of wasps, ants, bees, moths, grasshoppers, crickets, cockroaches, and butterflies.

In the case of wasps and bees, hedgehog consumption is believed to be largely that of scavenging. Woodlice, separate from the consumption of pill millipedes (see below) are a very small portion of a wild hedgehog’s diet.

Hedgehogs will eat multi-legged arthropods like millipedes from mid-September to the start of October. A particularly preferred species of millipede is the black millipede (TACHYPODOIULUS NIGER). Interestingly enough, this species curls up when threatened, much like a hedgehog.

And whatever name you like to call them, wild hedgehogs do like to eat GLOMERIS MARGINATA, or the European Pill Millipede. This short, defensively-curling millipede favors leaf piles, as well as hedgerows and places under decaying calcified walls.

Both of these species are pretty much ground creatures and are relatively slow-moving. Their presence under leaves and rocks, and especially under shrubs and hedgerows, makes them favorable targets for wild hedgehogs.

Though gastropods like slugs and snails make up a relatively small percentage of a wild hedgehog’s dietary energy (about 6 percent of it, in fact), these creatures are still a somewhat frequent food for the spiny mammals.

It appears that wild hedgehogs favor slugs slightly over snails — though this may need more study as gastropod parts are largely unidentifiable, and hedgehogs eat large slugs piece-by-piece. That said, hedgehogs were found to enjoy snails with shells less than 18 millimeters in diameter.

Interestingly enough, younger hedgehogs tend to go after larger snails more than older hedgehogs. This may be indicative of the “learning curve” that hedgehogs must experience when dealing with the correct-sized snails to eat.

Slugs and snails are not a favorite of gardeners, but they do have a sizable presence in Britain, at least diversity-wise. Some 30 species of slugs and 90 species of terrestrial snails can be found here.

The final thing to know about snails, slugs, and hedgehogs is that the consumption of slugs may be harmful to hedgehogs because of their tendency to carry fluke and lungworm parasites. These parasites cause respiratory illness in hedgehogs and may even transfer infections to humans.

Though not a primary source of food for hedgehogs — and arguably, not even a tertiary one for them either — wild hedgehogs have been known to gnaw on fallen fruit and eat fruit like apples, strawberries, and cherries in different environments.

This should be taken as normal, but not primary wild hedgehog behavior. The same can be said of plant matter, which at times is present in wild hedgehog feces and internal organs.

Bits of leaves, twigs, moss, and bark have been found in some hedgehog stomach contents. But their small amounts suggest an incidental consumption of these materials.

Vertebrates and Other Foods

Wild hedgehogs eat foods other than invertebrates, but in much smaller quantities by proportion. These foods include vertebrates — including birds, mammals, amphibians, and reptiles — bird eggs, and carrion.

In the UK at least, it is very unlikely that any hedgehog goes beyond scavenging to get food from vertebrate animal sources. There have been singular reports of hedgehogs carrying toads or mice in their mouths, and even these dead animals may have been the result of roadkill.

There has been at least one recorded incident of a hedgehog dragging a live pigeon, and another account of a hedgehog doing a similar thing to a young rabbit. These occurrences are also the rare exception rather than the rule, and the previous injury to the prey has not been discounted.

What is frequently seen, however, is the hedgehog’s tendency to go after carrion — often in the form of dead birds, small mammals, reptiles, and amphibians. Mammal remains in hedgehogs of voles, shrews, mice, moles, and rabbits are likely the result of scavenging.

Finally, hedgehogs will eat the eggs and hatchlings of ground-nesting birds, like those of pheasants, partridges, gulls, and waders. This also is relatively rare, but it should be noted that in the case of eggs, hedgehogs do prefer to eat the inside, rather than the shell or the egg in its entirely.

During the drier and colder seasons (fall and winter), hedgehogs may need some assistance with food. In this case, you might consider feeding them some cat biscuits (no fish), dried mealworms in small proportions or moist dog food (no gravy) served in a tray or bowl. 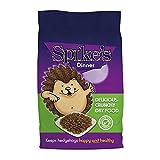 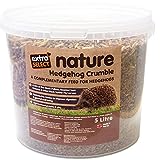 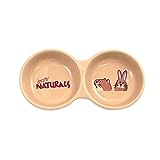 We have written an article on how to attract hedgehogs to my garden, the article gives an insight on accessible habitat that is friendly to the species. This includes an emphasis on providing adequate shelter, food, and safety.

If you have been wondering “what do wild hedgehogs eat?” you probably aren’t alone. But what I’ve found is that wild hedgehogs do seem to eat pretty much what their environment has to offer.

An environment that has a lot of low-lying brush, shrubs, and hedges is bound to have earthworms, beetles, caterpillars, and millipedes that a wild hedgehog can’t seem to get enough of. If these are scarce, a hedgehog will turn to other insects or start to scavenge.

So if you really want to know what do wild hedgehogs eat, you will probably want to check your nearest hedgerow. Under those leaves, brush, and soil is probably all the best food a wild hedgehog could find.

Will Rats Live In A Hedgehog House

When Do Hedgehogs Have Babies?

How To Feed Hedgehogs Not Rats

When do hedgehogs hibernate ?

How To Attract Hedgehogs To My Garden

As a Amazon Associate, we earn from qualifying purchases.

We are funded in part by affiliate commissions that add no extra cost to our readers.

GroundFeeders is a participant in the Amazon Services LLC Associates Program, an affiliate advertising program designed to provide a means for sites to earn advertising fees by advertising and linking to Amazon.com, Amazon.co.uk or Amazon.ca.